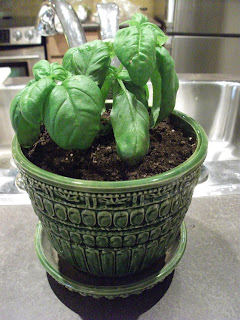 I learned to make soup a long time ago...first from a red and white can, next from scratch, watching my mother boiling bones in a pot.

I worked at an Italian Deli after that, and watched the head of the kitchen make an enormous pot of soup every day. (More salt, Cathy!! People like to TASTE!!)

I recently started attending Weight Watchers meetings again, as in the nearly 8 years since I managed to lose 30+ pounds...a stray 15 pounds have crept back on. I have been having soup for lunch lately, and this method of soup making is super fast, and heavy on the fresh flavour...

All you need to do is chop your veg. Throw everything into a large soup pot with liquid of your choice(reduced sodium vegetable stock?) Cover the pot, bring to a boil, reduce to low, and simmer partly covered for 10 minutes. Stir in salt, pepper, and fresh herbs.


Delish...check out weight watchers.ca
Posted by Cathy B at 7:55 AM