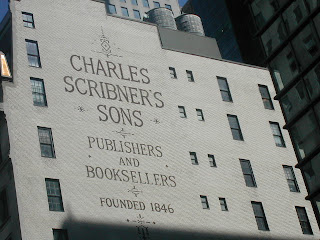 The P-Man always picks me up a couple of magazines while he is travelling. Besides the hotel soap and body lotion, the magazines are my favorite gift from his travels! He was recently in the UK, and he brought back a copy of Jamie Oliver's food magazine..."JAMIE". I have been watching Jamie Oliver on TV for a long time. I have a copy of one of his cookbooks, so it's not like I was unfamiliar with his cooking style. I did not like his magazine at all. I thought it was boring. The articles were ordinary. How many more times do you have to read how to dress a green salad, or make pasta from scratch?

The one thing I did salvage from the magazine, was a tear out section that was entitled "Monthly Menu...Recipe ideas from simple sides and snacks to sophisticated salads and suppers." I had a read through, and the one recipe that struck me as the ultimate in ridiculousness was:

LAMBS' BRAINS- serves 2
They're not for everyone, but lambs' brains on toast makes for a delicious supper. Cut 6 brains in half and dust with seasoned flour. Fry 1-2 sliced garlic cloves in a little olive oil till golden. Add brains and cook for 3 mins, or till crisp and golden on outside and cooked inside. Finish with a little butter, chopped parsley and a squeeze of lemon juice. Serve on toast.

There were also recipes for new potatoes with butter and dill, and for a banana split. I do realize that there are probably more people in the world that cannot cook, than can cook...but to put lambs' brains in the same monthly cooking calendar as a banana split, seems completely bizarre! It also made me realize that Jamie Oliver has morphed from a human being with cooking skills into a brand. Celebrity is so strange. He probably doesn't even know that these recipes are being printed in his magazine, under his name.

The next magazine on my' to read' pile is ' Cooking Light'. I have a day off, tomorrow. Perhaps some real inspiration is only a turn of the page away...
Posted by Cathy B at 8:15 AM